Unveiling the next iteration of this publication

I am deeply fucking tired of politics. There. I said it.

When I launched The Citizen Within back in the summer of 2020, America was on fire—both figuratively and in some terrifyingly literal (and mildly amusing) ways. At the time, I imagined this publication could help me stay sane, and chart a healthier path through the political wilderness. I wanted to understand the polarization and vitriol seeping into everything, along with the psychological underpinnings driving that fear and hatred. And I wanted to explore how we, as individual citizens, could rediscover and protect the beautiful ideals on which this country was founded.

All of that still feels true and important and noble to me. But the thing I've come to accept is that the culture war has subsumed our politics. I've long viewed the culture war through the metaphor of cancer. It's an endlessly ravenous force that consumes the life of everything it touches. And these days, it feels to me like that disease has metastasized and become terminal. Our political, cultural, and even scientific institutions are increasingly captured by culture war dynamics, making them even less capable of solving the problems we face in the real world. They're rapidly losing the trust of the public, and destroying themselves from within. I'll be blunt with you. At this point, I'm not sure America as we know it survives another thirty years.

There's part of me that wants to fight that battle. That wants to do everything I can to stem the bleeding. But increasingly, I don't think I can do it, or that I want to spend my life trying. Because to try is to engage with the culture war, and I've spent enough time in that arena to know it always makes my life materially worse. It makes me less effective in other contexts I care about—from my business, to my relationships, to my health. When I put my energy into keeping up with The Discourse™ I become a worse person. More cynical, more tribal, more fearful, more embittered, more addicted to the firehose of divisive drivel spewing from the sewer that is political media. Instead of me effecting change in the system, the system warps me and turns me into the very thing I’m fighting against.

I’ve done a good deal of introspective work over the last year. Increasingly, I know who I am and what I stand for and the ways I want to contribute to a better future. Yet the more I engage with the political landscape, the less I'm able to live up to those ideals, and become the person I want to be. Paying attention to politics makes me weaker, smaller, more brittle, and completely rigid, in a world that increasingly requires strength, flexibility, and fluidity in order to flourish. And I don't know about you, but I want to flourish. I've only got one life, and I'm increasingly sure that playing these games is a surefire way to waste it, and end up on my deathbed full of regret. I refuse to let that happen. I refuse to let my gravestone read: "Here Lies Rob Hardy: He Did Little That Mattered, But At Least He Kept Up With The News"

So yeah, if there’s one thing I know for sure, it’s that I’m pivoting away from politics. For a few months earlier this year, I suspected I might just shut down this site and move on. But the gods of internet creativity intervened, and I serendipitously stumbled into an idea for how to pivot this site that feels alive and meaningful and true. And with that, The Citizen Within is now The Ungated Life.

I’ll be sharing more about this pivot soon. But the quick version is that Ungated Life is a container for exploring the interrelated processes of self-renewal and societal renewal. It’s about becoming who we need to be to build a more beautiful world.

Citizen Within was about the past. It was fundamentally conservative (in a literal understanding of that word, not a culture war one). It was about protecting the ideals of classical liberalism and liberal democracy from the rising tides of authoritarianism. It was about preserving and reinvigorating the American project, so that future generations could enjoy its fruits. It was fundamentally about pushing back against the tides of change.

By contrast, The Ungated Life is about the future. It's not about clinging to the old. It's about creating the new. There's a book I love called The Challenges We Face As Individuals and Societies, and Becoming Who We Need To Be To Face Them. That's what Ungated Life is about. It’s about recognizing the rapidly changing world around us, and embracing it instead of fighting it. It’s about letting go of old parts of ourselves, both individually and collectively, that no longer help us flourish. It’s about becoming who we need to be.

There’s a lot more coming soon. But for now, I’ll just say this. I’ve never felt more excited for a project than I am for this one. My political explorations may be dead and gone, but what’s coming next will be fully, truly alive. 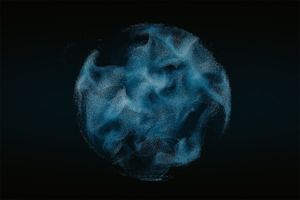 
The Citizen Within "About" Page 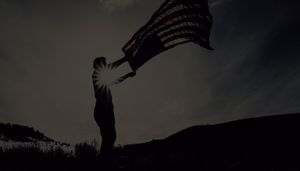