One of the best essays I've read in a long time, plus the podcasts that kept me grounded during the turbulence of 2020.

Welcome to the third issue of No Easy Answers, a curated newsletter for curious, courageous Citizens. Our goal here is to find meaningful signal in a world full of noise, and to think more clearly about the issues of our time.

Today, I wanna share the handful of podcasts that have kept me grounded and sane amidst the utter ideological chaos of the past year.

But first, I have a single curated story to share this week, and it's a big one.

This is the most important thing I've read in 2021 so far. Full stop.

Fundamentally, this essay is about one thing. Cultivating deep understanding of the cultural and societal values you wish to uphold, and having the courage to call out your own political tribe when those values are abandoned. (In other words, it's about being a Citizen.)

In the piece, Katherine C. Epstein—a history professor and lifelong voter for left-leaning politicians—takes her side to task for abandoning the values of Classical Liberalism, rule of law, academic freedom, etc. She does this not out of some desire to score points from the right, but because she loves the progressive ideal, and wants her team to be better.

All of this is rooted in an understanding that when we abandon our core principles so that we can "fight" the other side, we've already lost the war. In other words, if you're fighting to save Liberal Democracy, using brutal authoritarian state or cultural power is self-defeating. You end up destroying the very thing you're fighting for, all while dehumanizing your enemies and debasing yourself.

She ends with this delightful paragraph.

Words can't describe how much I've grown to love and identify with The Fifth Column. It was my oasis of sanity during the political shitstorm that was 2020, and it's given me hope that there are still smart, kind, truth-seeking people working in the media apparatus.

At its core, that's what "The Fifth" does best. It's a media criticism show, where the hosts—Kmele Foster, Matt Welch, and Michael Moynihan—pull no punches in calling out the clownish, oversimplified narratives that pervade both the left and right media ecosystems. Plus, when these guys interview other high profile media figures, it's always a masterclass in good faith discussion and steel-manning the arguments they disagree with.

Ideologically, I'd say this is a vaguely libertarian show, although Moynihan is hard to pin down, and is a bit more of a class warrior on economic issues. ¯\_(ツ)_/¯

But more than anything, it's extraordinarily funny, and full of sensible, nuanced takes about the complex issues of our time. I would sooner cancel Amazon Prime and Netflix than ditch my $10 monthly pledge to these gentlemen.

As you might guess from the show's name, that's exactly what The Realignment is about. Saagar Enjeti and Marshall Kosloff interview people from all corners of the political spectrum, as well as folks in tech, media, and foreign policy, all in an effort to make sense of these tectonic shifts we're living through.

Frankly, this is the best show I've found for constantly exposing yourself to a wide array of political philosophies. Also, both Saagar and Marshall are freakishly smart and well-read. It's a little intimidating, to be honest.

If you spend too much time in the political space, as I do, you quickly notice that a bulk of the discourse stems from a small handful of high-profile people. These folks tend to show up on every political podcast ever (especially when they've just released a book). Frankly, it kind of sucks the air out of the room, and creates an elitist echo chamber.

The thing I love about The New Liberals, besides its commitment to fight illiberalism, is the fact that it features so many thoughtful, diverse guests I would never hear from otherwise. For instance, this episode with Samuel Weiss on the nature of rights, and how we might use that understanding to improve our prison/jail systems, was mind-expanding in all the best ways.

I'm a major fan of The Dispatch as a whole. Their morning newsletter has some of the most balanced reporting around, especially as mainstream media takes it exceedingly easy on the new administration.

But I'm also a huge fan of their weekly roundtable podcast. These are people who truly, deeply believe in the values of traditional conservatism, and who've made the explicit choice to reject the culture war nonsense that's engulfed the modern right.

Just as The Tolling Bell essay above is about a Democrat turning the mirror toward the shady behavior of their own side, so too does The Dispatch team call out the many shenanigans, and unserious people, now plaguing the Republican establishment.

In theory, I've always loved the concept of The Argument—two thinkers from opposing sides openly working through the thorniest issues of the day. But frankly, the older episodes with Michelle Goldberg feature bit too much of the uncharitable, over-dramatic lefty culture war rhetoric for my taste.

But now that Jane Coaston is running the show, I'm utterly delighted by it. Her intellectual curiosity and integrity are admirable, especially coming from within an institution like the NYT that's become increasingly captured by ideology.

As consumers, I believe it's our job to support the hell out of shows/thinkers like Jane, as it sends an economic and cultural signal to the NYT. It shows that there's genuine hunger for complexity and truth-seeking, instead of simple narratives and "moral clarity."

Thanks for reading. Hope you found something here that helps you make sense of the world, and act with more agency and intention within it.

Good luck out there, and godspeed. 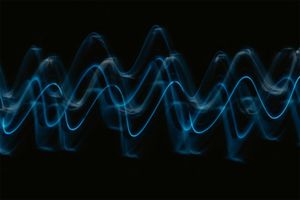 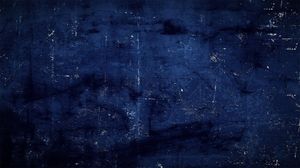 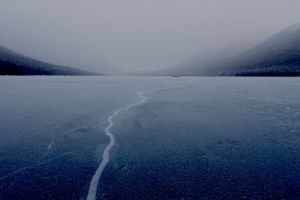 The Dividing Lines in Our Neighborhoods