The first section of my essay on living an ungated life.

by Rob Hardy on September 26, 2022 filed under: aliveness
👉
This week, I'm writing my canonical essay about what the word "Ungated" has come to mean for me, and how it's become the centerpiece of my philosophy for living well. But instead of releasing it all at once, I'm experimenting with writing and releasing it in smaller, bite-sized chunks. Here's the opening section!

The final scene in season three of Bojack Horseman always leaves me stunned, breathless, at a loss for words. It speaks to some raw, primal part of my psyche, and it's taken me years to untangle and articulate what's going on. But I think I'm finally ready to try. This moment, from a show about a depressed anthropomorphic horse, seems to have planted the seeds that would eventually blossom into my philosophy of self-renewal.

A bit of context before I share the scene. Bojack is a washed-up sitcom actor. In the 90s, he was a cultural and comedic icon, but has squandered his life since, languishing away in his sterile Hollywood hills home. Through the early seasons of the show, Bojack stages a comeback, acts in a prestigious film, and by the time we meet him in season three, he's on the cusp of an Oscar nomination. But then, as always, his self-destructive patterns take hold, and everything falls to shit. His Oscar dreams disappear in a flash. He pushes away the most important people in his life. In the ruins, all he's got left is a yellow Tesla.

Which brings us to the final moments of the season.

Every time I watch this scene, I'm reminded of a quote from Pema Chodron:

Only to the extent that we expose ourselves over and over to annihilation can that which is indestructible in us be found.

I can't think of a better summation of this scene's subtext. Bojack, after hitting a new rock bottom, sees escape in annihilation. He lets go, both literally and figuratively, and in his surrender catches a glimpse of something that's been within him all along. These stallions—wild, unburdened, fully alive—are made of the same stuff as him. It's a moment of awe and self-recognition, briefly puncturing his story of despair with aliveness, grace, and wonder. It's a momentary glimpse into the primal essence and vitality that are not only his birthright, but all of ours.

Many of us sleepwalk through our lives, entombed in stories that don't belong to us, never recognizing the spark of life that lies beneath it all. But when we catch a glimpse, either on purpose or through serendipity, it cracks open the door towards a more vibrant life, and a more beautiful world. The choice of whether to step across that threshold, in spite of fear, is at the heart of what it means to become Ungated. 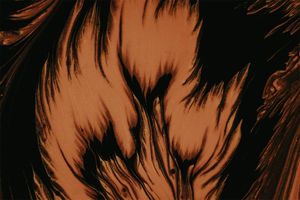