The Citizen Within "About" Page

An artifact from the first iteration of Ungated Life

by Rob Hardy on July 20, 2022 filed under:
👉
Ungated Life was originally called The Citizen Within, and it was about navigating politics in a healthy way. Even though this site has changed directions, I like leaving behind artifacts from what it used to be, as a reminder for how much I've evolved.

The Citizen Within is a micro-publication by Rob Hardy.

It’s an oasis for thoughtful, concerned citizens who care about leaving the world in better shape than we found it, so future generations can flourish.

Basically, it’s a place for people who read the famous Margaret Mead quote, and who feel inspired and called to action.

Here are a handful of the core principles this site is organized around.

To tell you the truth, I don’t know if these are the right answers. But I’m committed to exploring, openly and honestly, in search of the best way forward.

That would be me, Rob Hardy.

Politically speaking, I’m a nobody. I’m not some policy wonk. I’m not a culture warrior. I’m not a journalist, academic, rationalist, or any “-ist” that would give me any particular insight or authority.

I’m just a regular guy who looks around, and is alarmed by what I see.

I see a country I love, with great unfulfilled potential, being torn apart from within.

I see the greatest challenges of our time being ignored in favor of hyper-partisan pissing matches.

And I know that if I don’t use the skills I’ve cultivated—writing, media, marketing—to attempt steering the ship in a healthier direction, I won’t be able to live with myself. I want to make it to my deathbed knowing that I at least tried.

So yeah, this whole endeavor might be quixotic. But I don’t care.

Without hope, and without people trying to make a difference, the future is all but guaranteed to be worse.

I have hope. And I’m going to try my damndest to improve things.

And I hope you’ll join me.

How can you join the fight?

The lowest stakes way is to become a free member. You’ll get emailed new writing as it’s published, and eventually you’ll get access to the community.

And if this project really speaks to you, consider becoming a paid member. You’ll get some cool stuff—including monthly calls with your fellow citizens. And you’ll help this indie creator be more self-sufficient in a world dominated by billion dollar media conglomerates.

Cheers, and see you on the inside. 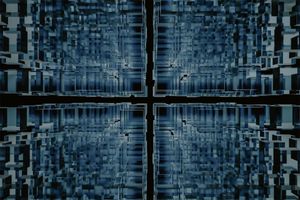 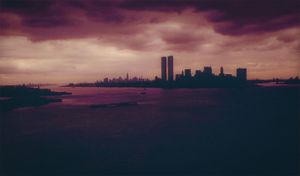